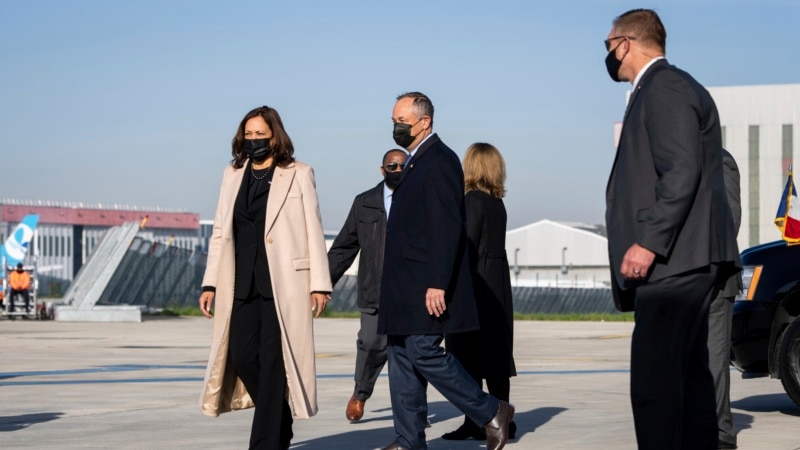 Relations between the two countries plunged to a historic low in September when Australia scrapped a $65 billion deal to buy traditional submarines from France in favor of an agreement in which Australia will build nuclear subs with the help of the United States and Britain.

Harris will meet with French President Emmanuel Macron after U.S. President Joe Biden told Macron in Rome last month the U.S. had been “clumsy” in its handling of the matter.

Harris will first visit the renowned Institut Pasteur to underscore what U.S. officials said were longstanding scientific exchanges between the U.S. and France. She will meet with French and American scientists working to combat COVID-19 globally. Her late mother, a scientist, conducted breast cancer research in the 1980s with the institute’s scientists.

Minutes after her arrival in Paris, Harris said, “It is good to be in France” and added “I’m looking forward to many, many days of productive discussion to strengthen our relationship.”

On Thursday, she’ll visit the Suresnes American Cemetery for an Armistice Day ceremony marking the end of World War I.

Harris will also represent the Biden administration Thursday at the Paris Peace Forum and at a summit Friday on Libya ahead of that country’s elections next month.

Some information in this report also came from Agence France-Presse, The Associated Press and Reuters.

Pandemic Leads to Dramatic Rise in Road Fatalities in US