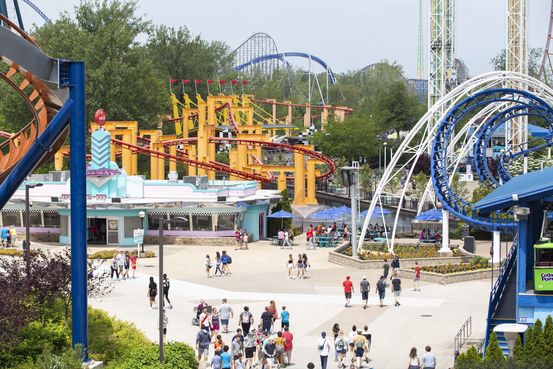 Mark Penzkover, a civil engineer near Milwaukee, jumped in his car the other day and like many others across the U.S., started making up for the last 15 months.

He drove seven hours to Cincinnati to spend this July Fourth weekend at the annual International Moose Convention, which is meeting in-person again after going virtual last year. Nearly 5,000 attendees are filling hotels, as well as taking in a Cincinnati Reds baseball game, fireworks and concert featuring a Queen tribute band.

“I’m really pumped and excited,” said Mr. Penzkover, who hugged old friends he saw in a Hyatt Regency when he checked in. “This is my first real thing, with a crowd and everything.”

As much as Americans have ventured out in recent months as the coronavirus pandemic eases in the U.S., this long July Fourth weekend is a turning point, as if the country has decided en masse that it is ready to get back to live entertainment, large celebrations, block parties and elaborate fireworks extravaganzas—not to mention old-fashioned parades and pie-eating contests.

“It’s going to be one of the busiest Fourth of Julys ever,” predicted Pepe Stepensky, an owner of Margarita’s Kitchen & Cantina and the San Diego Burger Company in Southern California. “People are just eager to go out and go for it.”