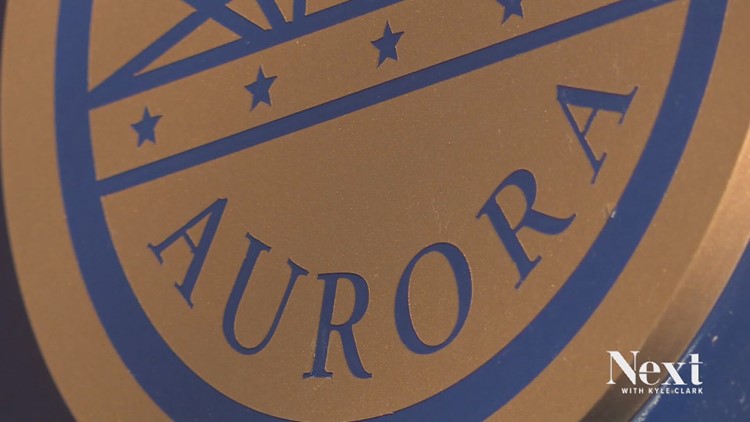 The conservative majority on Aurora City Council is trying to opt the entire city out of a mask mandate for businesses because of a tiny slice of Aurora in Dougco.

AURORA, Colo. — A group of current and soon-to-be seated Republican Aurora City Council members and the city’s mayor sent a letter to the city manager Tuesday, arguing the city shouldn’t enforce a new mask mandate ordered by the Tri-County Health Department (TCHD) because a portion of their city is in Douglas County.

Douglas County commissioners voted this fall to start their own public health department after disagreeing with TCHD on some of its COVID restrictions. The new Douglas County health board did not join the other health boards in the metro area in ordering a mask mandate Tuesday.

“The mask mandate doesn’t apply in Douglas County and that creates some inconsistencies for our residents and our businesses,” said Aurora councilmember Curtis Gardner, one of six other Republican city council members to sign on to the letter.

“I do think masks are smart,” he said. “I think you should wear a mask. I think you should get vaccinated. I’m boosted. And I think everyone should do that. My problem with this is the inconsistency it creates for our residents.”

Gardner and the other council members say the state of Colorado should issue a mandate instead of the local health departments. He blamed the split with Tri-County Health for creating a lot of confusion.

Gardner’s colleagues on the other side of the political spectrum chided the group, claiming they’re trying to create an exception to a public health order for a small population.

The fewer than 3,000 people who live in the Douglas County portion of Aurora make up less than one percent of the city’s population.

RELATED: Here are each county’s rules on masks in the Denver metro area

The area also includes no commercial businesses where the mask mandate would apply.

“This is honestly one of the things I was dreading would happen if we ended up with a Republican majority,” Juan Marcano, a Democrat socialist on Aurora City Council said Tuesday. “And I was really hoping some of my colleagues wouldn’t buy into that mess, but here we are.”

“This has been a political football when it comes to conservatives in this country, and it’s really disgusting to see that happening here locally.”

Marcano and his fellow councilwoman Alison Coombs, also a Democrat socialist, accused their colleagues of trying to make an exemption for a large number of people based on one neighborhood.

“I can’t help but think that it’s a political motivator rather than a reasoned public policy debate,” Coombs said.

“It wasn’t even 12 hours later that six of them got together to write a letter.”

A spokesman for the city of Aurora said city leaders hadn’t received the order from TCHD yet.

“Once the city has received the order, we will review it with our legal department and determine our role with the order,” Brannen said.

The health department that issued the order confirmed there is no business in that small area of Aurora in Douglas County that would have to enforce the order.

“We can certainly understand the frustration about different rules across Aurora’s three counties,” Tri-County Health spokeswoman Becky O’Guin wrote. “The good news is that the Douglas County part of Aurora is residential and not subject to this order, which applies only to public indoor spaces.”

“TCHD continues to have a great working relationship with the Aurora City staff and councilmembers and will meet with Mayor [Mike] Coffman after the Thanksgiving holiday to discuss any concerns they may have about the current public health order as well as the major benefit that it could provide to the residents of Aurora by reducing transmission and helping local hospitals avoid the need to start rationing of care,” she wrote.

Gardner said he understands there are no businesses in this area of Aurora, but said he fears people will drive to Douglas County to do their business where they don’t have to do a mask.

“By having inconsistent mask mandates it gives them the option to take their money and their tax revenue over to Douglas County,” Gardner said.

Marcano said he doubts many people will do that.

“If a handful of people really want to inconvenience themselves to go elsewhere well out of their way to spend their money — that’s their decision,” Marcano said.