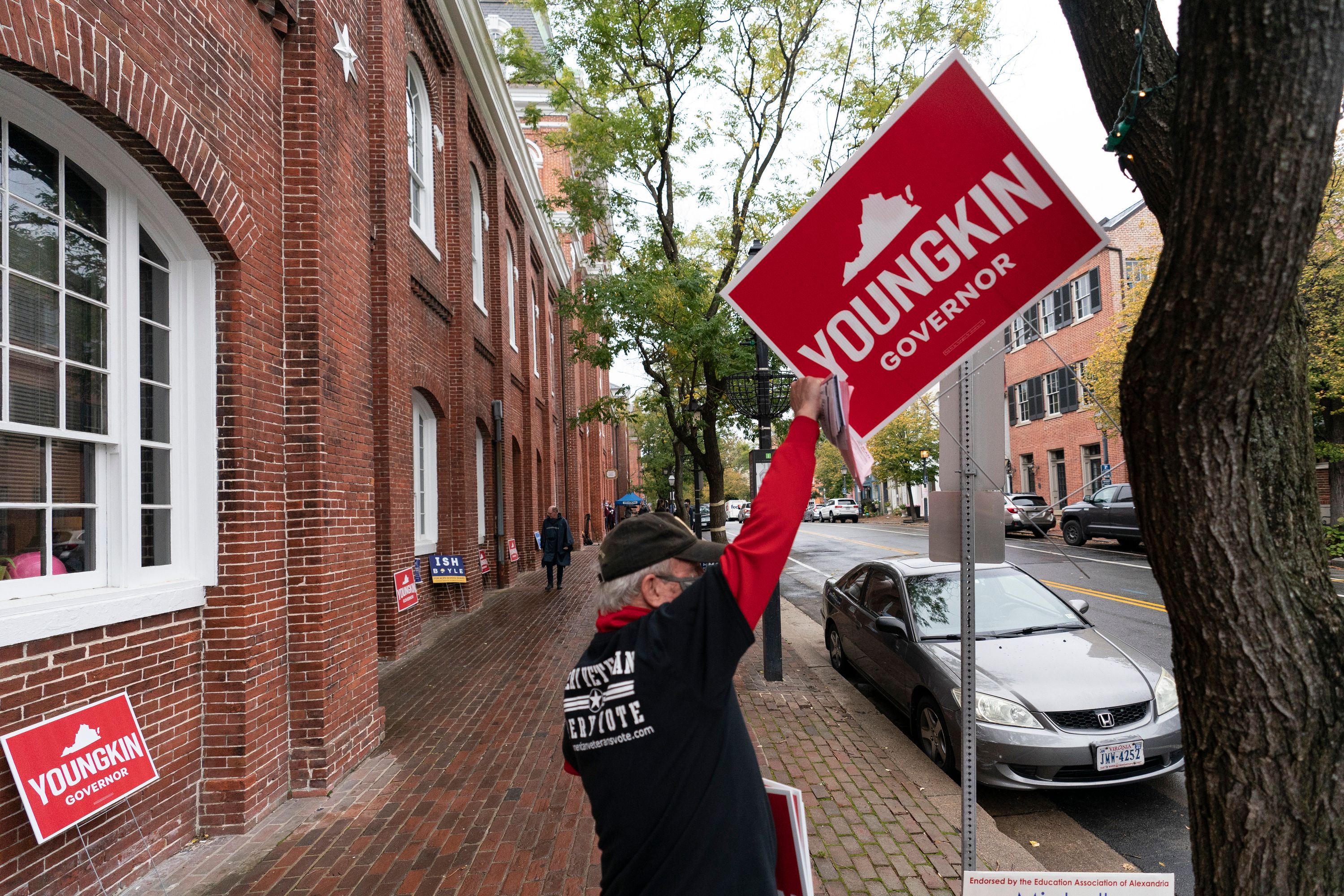 Sane Republicans are heading for the exits, even as assaults on democratic norms have become a litmus test of loyalty.

So, now, Democrats need to ask themselves this rather urgent question:

Why can’t we beat these guys?

Tuesday night, Democrats lost the governorship of Virginia — a state Joe Biden won by 10 points — to a Donald Trump-endorsed candidate, who ran up massive margins in rural parts of the state and made inroads into the once reliably blue suburbs.

There are obvious caveats and rationalizations available: Virginia has a long history of voting against the party in the White House in off-year elections; and Democrats did, in fact, beat Republicans in 2018 and 2020. They control both houses of Congress and the presidency.

But even with Joe Biden’s slumping poll numbers, Virginia should have been a firewall. As political guru Reuben Rodriguez (who nailed the 2020 results) noted, Virginia is a “Dem dream.” It has the highest concentration of tuned-in highly educated white people in the country in northern Virginia. It has large African American centers in Richmond and “very diverse suburbs that are ground zero for Trump disgust.”

“This,” he tweeted hours before the Democratic defeat, “is a state that should not vote red.”

But it did. And thus Virginia became the latest in a series of warning signs for the Democrats, who suffered unexpected losses in congressional and state-level elections despite defeating Trump last year.

So this seems a good time to ask hard questions that I suspect Democrats won’t appreciate.

Glenn Youngkin may have run as a quasi-post-Trumpian candidate, but across the country, Republicans continue to beclown themselves with lies about the election, even as they become more extreme on issues from guns to abortion.

But then why does a new NBC poll give Republicans double-digit leads on issues like border security, inflation, crime, the economy, national security and even on “getting things done”?

Why are Democrats facing the possibility of a Republican wave in 2022, and — even more ominous — the restoration of the Trump presidency in 2024?

Why can’t they beat these guys, even in a state as blue as Virginia?

Democrats have been busy constructing excuses for their lack of success. They blame dark money, gerrymandering, racism, the right-wing media ecosystem.

But none of the self-soothing explanations account for what has been a clear erosion in support not merely in rural areas, but also among suburbanites and Black and Hispanic voters.

Democrats are also learning that without Trump himself on the ballot, they had merely rented some of the suburban votes that had shifted their way in the last two cycles. Running against Trump is apparently not a winning formula when the former president is merely a spectral presence.

Even so, many progressives still seem reluctant to engage in any sort of deeper introspection into why they may have alienated former members of their base. Many prefer to cling to the concept of “asymmetric polarization” that blames the widening split solely on conservatives because Republicans have moved farther to the right than Democrats have to the left.

But that view was challenged earlier this year by Kevin Drum, who cited studies showing that, in fact, it had been Democrats who had drifted to the left on issues like immigration, guns, religion and gay marriage.

It is not “both-sides-ism” to point this out. Like others, I have written hundreds of thousands of words about how the Republicans have not only moved hard to the right, but have also gone mad in the process. So this does not suggest any sort of moral equivalence.

The derangement of the GOP, however, has tended to obscure what happened on the left, where elite Democrats have increasingly lost touch with many of the voters who will determine the outcome of the next few elections.

At soccer matches and PTA meetings, or other gatherings of suburban parents, you won’t hear talk of “intersectionality,” or debates about the proper use of pronouns. The words “autocracy” or “authoritarianism” seldom come up; and if you try to define the terms, it’s as likely as not that people will bring up mask and vaccine mandates, cancel culture and what they see as the overreach of the progressive nanny state. References to “white supremacy” are likely to be greeted or with eye rolls or treated as conversation-ending insults.

At times, it seems as if Democrats are speaking a different language than many Americans. This is what veteran democratic strategist James Carville was talking about when he told Vox:

You ever get the sense that people in faculty lounges in fancy colleges use a different language than ordinary people? They come up with a word like ‘Latinx’ that no one else uses. Or they use a phrase like ‘communities of color.’ I don’t know anyone who speaks like that. I don’t know anyone who lives in a ‘community of color.’ I know lots of white and Black and brown people and they all live in … neighborhoods.

This has had real world consequences.

Even though Democrats have succeeded in getting a much larger share of college-educated voters, educational polarization has been very much a double-edged sword because they have been losing ground among working-class voters, who greatly outnumber the college-educated electorate. (Nationally, according to 2020 Catalist data, the electorate is 63 percent non-college/37 percent college).

Teixeira has warned that if this pattern continues, “with the college-educated moving toward the Democrats while the working-class becomes more Republican, equal-sized shifts favor the GOP.”

But there is worse news.

In 2020, Teixeira notes, working-class non-whites swung toward Trump by 12 points, “despite Democratic messaging that focused relentlessly on Trump’s animus toward nonwhites.” This may not have been a one-off. “Since 2012, running against Trump twice,” he writes, “Democrats have lost 18 points off of their margin among nonwhite, working-class voters.”

If this continues, Democrats will be in a world of hurt.

But this is, in part, a result of the shift in the Democratic Party itself. As educational polarization has increased, white college-educated liberals have come to dominate the party, even though, as David Shor has noted, the white liberals who staff the campaigns and shape the party’s messaging “are more left-wing than Black and Hispanic Democrats on pretty much every issue: taxes, health care, policing and even on racial issues or various measures of ‘racial resentment.’”

The result, says Shor, is that as “white liberals increasingly define the party’s image and messaging, that’s going to turn off nonwhite conservative Democrats and push them against us.”

That is, of course, only part of the reason Democrats lost in Virginia. The Biden administration has stumbled on Afghanistan, inflation, supply chains, the border and boosters. Congressional Democrats have spent months locked in a murder-suicide pact over spending.

Trump wasn’t on the ballot, and Youngkin kept him at a discreet distance from actual swing voters. His attack on critical race theory, though often cynical and dishonest, proved unexpectedly potent. Terry McAuliffe was a political retread who proved an uninspiring candidate.

But Democrats need to understand that bigger spending bills won’t solve those problems if they fail to find a way to connect to the voters they most desperately need.

And, right now, it is not working.

CORRECTION: An earlier version of this story misspelled the first name of Ruy Teixeira.