“Happy to stop acting and singing altogether and just be hot girl,” she jokes.

Dove Cameron has been working hard along duel branches in her career — which is nothing new after her duel runs as both “Liv and Maddie” for Disney Channel — but it turns out maybe all this hard work has been unnecessary.

In a hilarious thread of tweets on Saturday, the “Descendants” star, who released her latest single in April, shared an experience that happened in a club on Friday that has her rethinking everything she’s done to this point in her career. 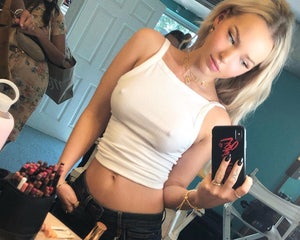 “Got told by a girl in a club last night that I ‘look like that Disney girl turned really hot girl,'” she tweeted. “And I’m just so relieved that everyone knows what my real job is.”

“Happy to stop acting and singing altogether and just be hot girl,” she continued. “It’s been a long road but we made it. Finally.”

there could be a hundred people in a room

The tweet itself quickly went viral, with Dove receiving lots of love and some reactions even funnier than her initial comments. She even shared a few of those to her page, including one who gave a quick reminder that Dove is an Emmy winner for her Disney work.

When asked how it feels to both have that affirmation of her chosen profession (well, one of them, anyway), and be known as “that Disney girl turned really hot girl,” Dove joked, “They both mean so much.”

Celebrities Dish On Their Worst Dates

As the comments filled up with Dove’s fans, her “Descendants” co-star, Kristen Chenoweth, couldn’t resist hopping in, though she had nothing more to offer other than laughter.

Many of Dove’s fans had other responses, though some agreed with Chenoweth that this was just funny. But there were also calls that this anonymous club girl was right on the money, though that doesn’t diminish Dove’s accomplishments.

One fan even speculated that perhaps the girl in the club was shooting her shot with they Disney star, and Dove missed the signal. You can check out highlights from the reactions below: 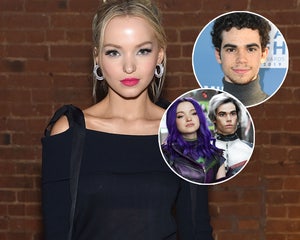 they both mean so much https://t.co/Q5AI5BQEcC

we won’t blame you if you decide to stop acting and singing. being a hot girl is a full time job that needs all the attention

baby, being a hot girl takes time and hard work

so glad ur finally being understood! 😍

proof that she’s not wrong: pic.twitter.com/fF8Fds4k4Q

glad to have followed you on your journey to your hot girl destiny pic.twitter.com/zisTIsZMYz

congratulations u finally made it