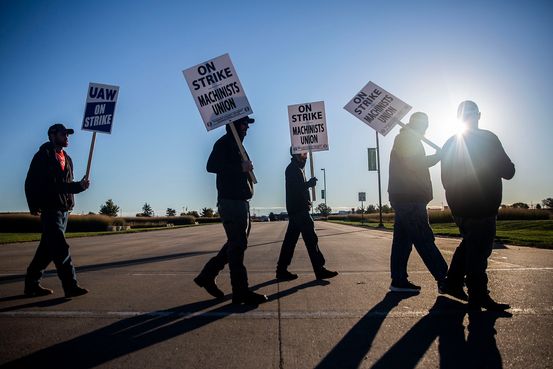 Deere & Co. said Saturday it has reached a tentative agreement with striking workers, more than two weeks after workers walked off the job for the first time in 35 years.

Details of the proposal couldn’t be immediately determined. Leaders for the United Auto Workers union were expected to brief their members on the terms of the latest tentative agreement that would cover more than 10,000 workers at 14 plants. The company said the deal would run for six years, same as previous contracts with the union.

U.S. to release 50 million barrels of oil from reserve to alleviate energy costs