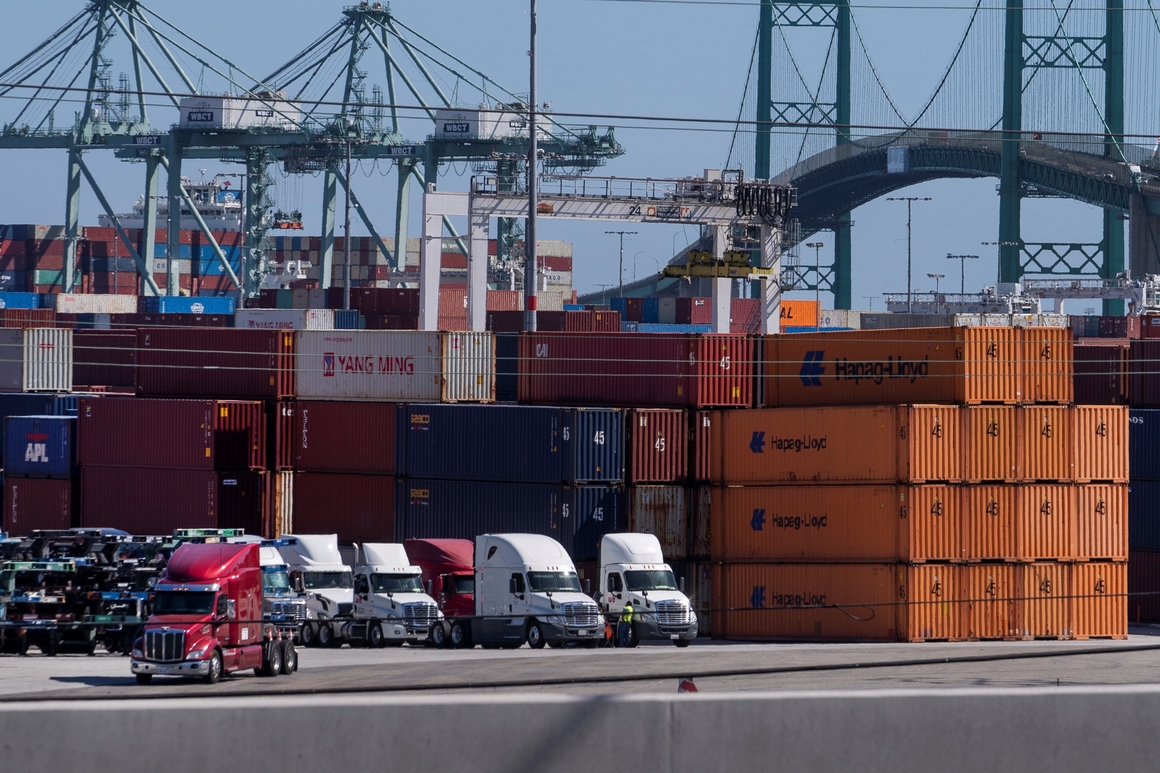 Sullivan’s remarks are among the sharpest warnings yet from the business community about the residual impacts of the vaccine mandate. In September, Biden signed an executive order requiring all federal employees and federal contractors receive the Covid-19 vaccine, without the ability to opt out by taking weekly Covid tests. In addition, Biden called for vaccine requirements for any private business employing more than 100 workers. Private employees, however, can opt out by submitting to testing.

The demands have led to a notable uptick in the vaccination rates across various industries. Public health officials have credited them with helping the country stem the spread of the Delta variant. And the White House points to major companies such as United Airlines and Tyson that have seen overwhelming compliance among its workforce. United Airlines announced in September that 97 percent of its employees had been vaccinated, demonstrating that there is only a small fraction of those who oppose the mandate and that ultimately, the mandate worked.

But interviews with more than a dozen industry advocates across the aerospace, distribution, defense and trucking sectors — some of whom have also been in discussions with administration officials — reveal they either have little confidence they will be able to meet the Dec. 8 deadline for their workers to receive their first vaccine shot or expressed concerns about difficulties the mandate would pose on their labor force.

The White House has repeatedly insisted — both in private meetings and publicly — that the federal contractors can avoid potential service disruptions during the holiday season. The Biden administration says that companies need not fire employees come Dec. 8 but instead must begin counseling them on the vaccine’s benefits and the ramifications for noncompliance.

Some industry advocates say they were encouraged by public comments from Covid task force leader Jeff Zients, who offered reassurance that the mandate shouldn’t cause disruption to holiday services. And one official said that in private meetings, Zients has conveyed his sympathy and understanding of the challenges confronting the industries.

“So, these processes play out across weeks, not days,” Zients said in a news availability last week. “And so, to be clear, we’re creating flexibility within the system. We’re offering people multiple opportunities to get vaccinated. There is not a cliff here.”

But that hasn’t been enough to allay all the anxiety among federal contractors. Both the trucking industry and airline cargo industry have directly asked the Biden administration to postpone its deadline or make an exemption for their employees. Additional requests for relief from the mandate came up at a meeting this past week between federal contractors and the Department of Defense, according to a person briefed on the meeting.

“It’s just going to become extremely challenging if they don’t bend,” an official with a major distribution company said of the White House.

Last week, the Cargo Airline Association, a trade group whose members include UPS, FedEx and Amazon, asked the administration to extend the deadline to the first half of 2022, citing a likely disruption to services that would only further aggravate supply chain delays should companies be forced to impose the employee vaccine mandate.

“As everyone enters their high season, the Administration’s corporate COVID-19 vaccine mandate for government contractors threatens to be a major stumbling block in servicing our customers during the Holidays,” wrote Stephen Alterman, president of the Cargo Airline Association, according to an email obtained by POLITICO. “This December 8 mandate comes at a time when the industry is already faced with a growing worker shortage — a shortage that is likely to expand if employees decide to quit or retire rather than become vaccinated.”

But when asked at Wednesday’s White House press briefing about the trucking industry’s request that the administration push back the OSHA deadline for the first vaccine shot, press secretary Jen Psaki said there were no plans to change the timeline.

In trucking, where the average rate of vaccination among surveyed carriers was 50 percent as of September according to ATA, the concern about the mandates’ impact on the supply chain is acute. In a letter to the White House’s acting administrator of the Office of Information and Regulatory Affairs Sharon Block provided to POLITICO, ATA estimated that companies impacted by the mandates could lose up to 37 percent of their drivers based on a survey.

One White House official argued in an interview that the spread of Covid-19 among unvaccinated employees — not the vaccine requirement — was one of the biggest potential disruptions of services these companies face.

“When you’re looking at challenges that are posed, that’s a huge one in terms of individuals getting sick, other close contacts having to quarantine, the major impact on business, also the impact that has on their customers and the engagement of those customers,” said a White House official who is part of the Covid task force. “It’s important to keep in mind that the basis for the federal contractor EO was to ensure economy and efficiency.”

But industry groups are unmoved. In addition to terminating their government contracts, at least one organization is weighing legal action. In light of the proposed vaccine mandate on employers with more than 100 employees, American Trucking Associations CEO Chris Spear said the group was “examining all options.” Sullivan said a lawsuit over the mandates was still on the table.

Republicans, who have made resistance to vaccine mandates a central talking point, are already suing. On Friday, a coalition of ten GOP-led states filed a lawsuit over the federal contractor mandate. Florida Gov. Ron DeSantis has also filed a similar lawsuit.

“This power grab is sweeping in its scope,” the complaint from the 10 states reads. “Employees of federal contractors constitute one-fifth of the total U.S. workforce. And the mandate goes so far as to demand vaccination even from employees who work entirely within their own home. That is unconstitutional, unlawful, and unwise.”

The Biden administration says it has allowed businesses plenty of latitude in how they enforce the new vaccine mandates rules, which should ensure there’s no disruption to the busy holiday season. That’s because the administration is allowing businesses to institute their own enforcement measures with employees who refuse to be vaccinated. The White House said it does not recommend that contractors take those employees off the job right away but instead demonstrate that they’re making a good faith effort toward getting that person to comply.

A mother in the hospital has a message for people lucky...