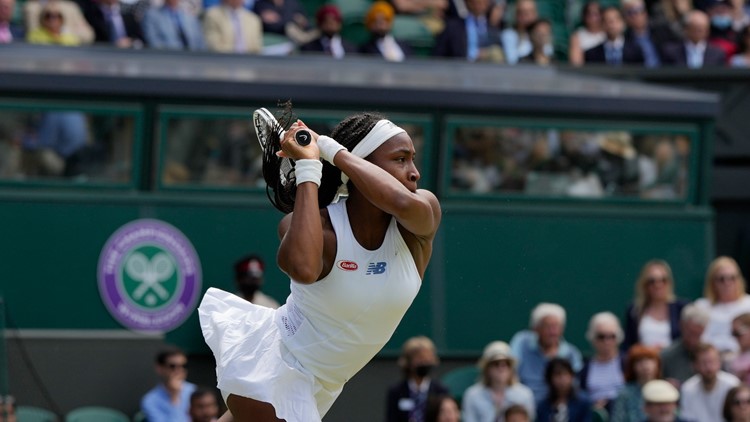 The Atlanta-born 17-year-old has now equaled her memorable 2019 run at the tournament.

ATLANTA — Coco Gauff, the Atlanta-born teenager who captured the imagination of the country back in 2019 with her run to the fourth round at Wimbledon, is back at it again.

Her match was featured on Centre Court, the tournament’s most prestigious setting.

RELATED: ‘Sad story’: An injured Serena Williams is out of Wimbledon

“You guys always bring the energy, no matter if you’re rooting for me or not,” she told fans to cheers in her post-match interview. “It’s a good feeling to be on this court, and I’m super honored that the tournament allows me to play on this court. It’s not often that a 17-year-old gets to play here, so thank you.”

Gauff, who was seeded 20th for the tournament, is now one of the last 16 players remaining. She will face a formidable task to try to reach the quarterfinals – German Angelique Kerber, a former world No. 1 and the 2018 Wimbledon champion.

She acknowledged she’s allowed herself to dream a bit about reaching the Wimbledon final, but said, “I like to take it one match at a time, focus on match in front of me” and that she’s trying to “enjoy the moment as it goes.”