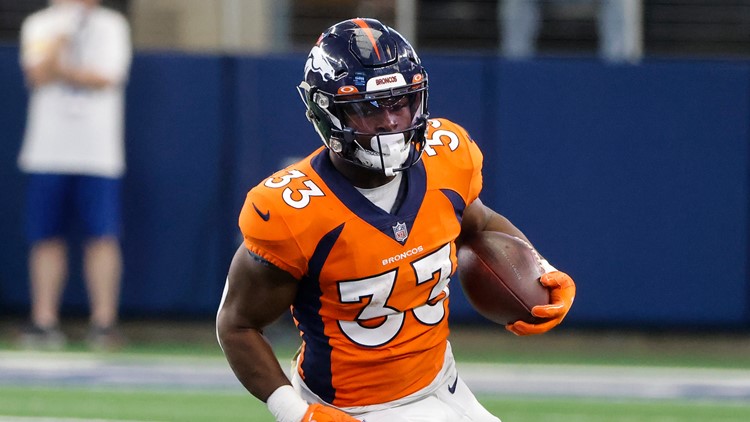 Williams is the first Bronco to win the award since Drew Lock in 2019.

ENGLEWOOD, Colo. — Denver Broncos running back Javonte Williams has been named NFL Rookie of the Week.

The NFL announced the award Thursday for Williams’ Week 9 performance of 111 rushing yards and 6.5 average. The Broncos defeated the Dallas Cowboys 30-16.

Williams is the first Broncos rookie to rush for more than 100 yards in a single game since 2018.

Williams is also the first Bronco to win the award since Drew Lock received the honor in Week 14 of the 2019 season.

Selected by the Broncos in the second round (35th overall) of the 2021 NFL Draft, Williams has appeared in all nine games this season, with 95 rushes for 466 yards. Williams currently ranks 3rd among the NFL’s rookie leaders in rushing yards.

> Top stories curated daily just for you! Sign up for the 9NEWSLETTER to get can’t-miss stories, Next and Broncos content, weather and more delivered right to your inbox.

MORE WAYS TO GET 9NEWS

HOW TO ADD THE 9NEWS APP TO YOUR STREAMING DEVICE

ROKU: add the channel from the ROKU store or by searching for KUSA.

For both Apple TV and Fire TV, search for “9news” to find the free app to add to your account. Another option for Fire TV is to have the app delivered directly to your Fire TV through Amazon.